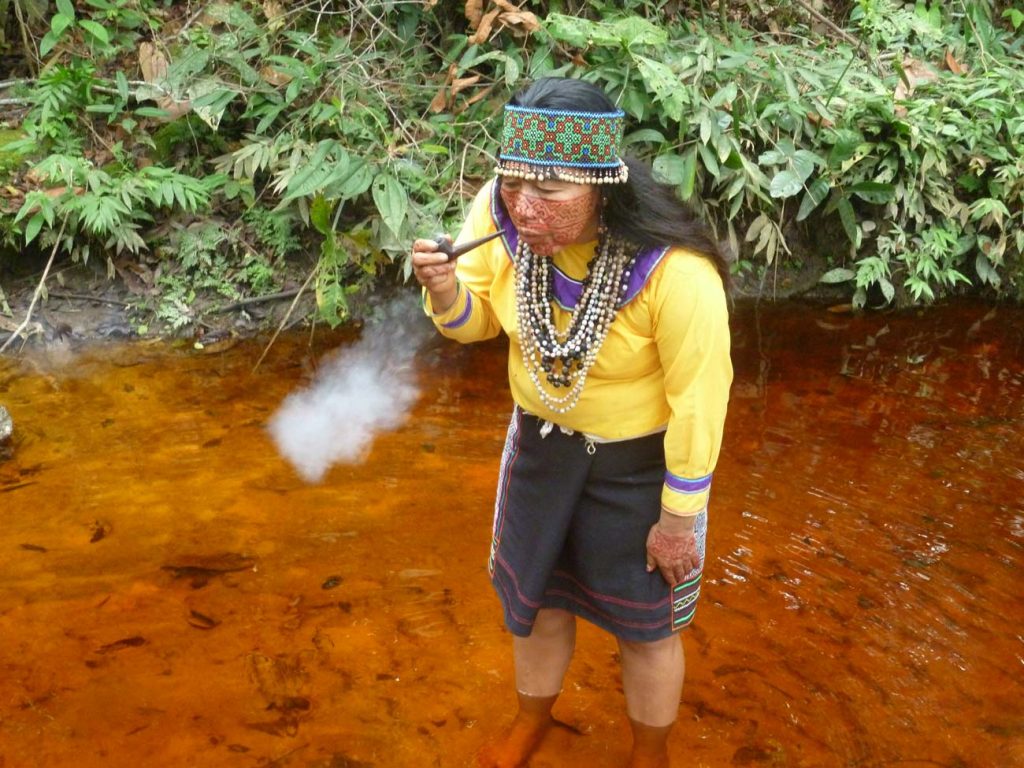 How Soila became a Maestra…

As a child Soila suffered from nightmares. She always dreamt of half-human and half-plant beings who followed her, who wanted to abduct her. Soila’s parents took her to different healers, in the hope that they could really help her, but none of them could. When she turned 10, her uncle – a Shipibo curandero – told her she was born to be a shamanic healer, and that this was the reason why the geniuses of the plant teachers came to her in dreaming. He also said that in order to treat her nightmares, she had to follow a diet with some teacher plants. He made her diet with three different kinds of plants and when she took the beverage, she saw in her dreams that they passed on to her their energy. Beginning from the second month of diet, she received the gift of healing without taking any psychotropic plants whatsoever. Her parents feared for her life: if any sorcerer would take away her healing powers at this point, she might have died. For this reason they decided to move to another community where nobody knew she had the gift of healing.

When she turned in her twenties, she started having nightmares again. She then resumed to diet with the three plant teachers previously prescribed by her uncle, without mentioning anything to anybody. That night she had many revelations. She saw coming towards her many sick people, children, adults and the elderly. Especially women and children. They asked for her help but she could not help them, because she had no medicine. The following day she could not do her housework because she felt very weak and sad as she still remembered so vividly her dream. And it all appeared to be so true.

When she recounted her dream to Don Jose Fasanando, a Shipibo shaman (cousin of her), she was told by him that she was born to be a healer and that she was called by the medicine. At that point Soila decided to diet to become a shamanka. She dieted with different plants and three years later, i.e. at age of 23, she was already working as a Maestra. She travelled to different communities along the Ucayali river and cured many people with various diseases. She continues her shamanic diet to this very moment. She maintains that a shaman must never stop to diet with the plant teachers. A shaman’s life is always bent to diet the plants, either to advance his/her knowledge or to strengthen one’s energies….