The Ancient Rituals of the Shipibo High-ranking Ayahuasca Shamans

View the Programme for this Rare and Unprecedented New Year’s Ayahuasca Event.

Learn more about the ancestral rituals of the Shipibo high-ranking shamans (the Bancos Merayas) ALL featured during the New Year’s Ayahuasca Event.

A very special, rare and unprecedented event – to salute the New Year with *real* magic  – never attempted before by anyone else in a shamanic retreat centre of the Peruvian Amazon (and beyond).  There will be lots of ancient, magic rituals whose memory has been lost in the mists of time. Very few Shipibo shamans nowadays do know – or even heard of – these rituals, which will include, among others:

This last is a very special night ritual, which the Bancos or Merayas of antiquity originally performed whilst entering in trance, under their mosquitero (cotton-made traditional mosquito net), summoning the spirits, whilst all other participants attended outside, in front of the mosquito net. Spirits and other invisible entities will be invoked, called upon and arrive to work on each one of us, for our own healing. We shall all wear traditional Shipibo garments (provided), stay in complete silence, open our heart, mind and spirit, smoke sacred Mapacho (black jungle tobacco) and drink tobacco juice, after the shamans will have sang the special icaros of the Merayas on to us.

This will be a journey of return to *real magic*, which will only take place on this special event and IS NOT part of our ongoing Ayahuasca and shamanic initiation retreats via the Plant Teachers Diet!!

To join us, please email: info@elmundomagico.org 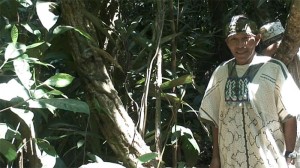 Ongoing Programme (All Year Round)